Since the signing of the Peace Agreement, Qatar’s relations with the Gulf is set to result in many new business opportunities. It also means that Qatar’s neighboring countries can benefit from the influx of people expected to enter the region in 2022 for the FIFA World Cup. In this article, we’ll be taking a look at some of the newly created opportunities.

Qatar has rejoined the GCC after signing an accord with the UAE, Saudi Arabia, Bahrain, and Egypt. This took place in January 2021 at the Gulf Cooperation Council. As a result, the UAE reopened its borders with Qatar, allowing travel between the countries to reopen. The airspace’s reopening is significant for UAE airline companies, significantly ahead of the FIFA World Cup in 2022. As with all Middle East relations, trust needs to be regained, and market opportunities will need to be assessed.

Investments are expected to increase as Qatar has one of the fastest-growing GCC economies, with the World Bank expecting it to grow by 3% in 2021. With the hosting of the FIFA World Cup next year, the nation will be in a prime position to invest. To put this into perspective, Qatar’s trade with the UAE was worth $3.5 billion in 2016, before the nations severed ties.

The countries had been separated for over three years before this, which resulted in the demise of relationships between investors in the region. With this accord in place, doors have been opened for investment opportunities between this nation and others, with the UAE being one of the key countries to benefit from this deal. Qatari investors are known to be high spenders as investors and tourists (as they’re a notable wealthiest country in terms of per capita income), so countries in the GCC will be looking to retarget them. Here’s how...

There are many sectors in both the UAE and Qatar expecting to see a boost in business, including retail and tourism. According to industry experts, one of the most prominent sectors is real estate in the UAE. This is thanks to removing restrictions on capital, which will positively affect the real estate market. Qatari’s have historically been avid investors in the UAE, as demonstrated by several real estate transactions. This is expected to resume going forward as the rules are restored.

Opportunities in Qatar Ahead of the FIFA World Cup

Tourism will see a massive influx during the FIFA World Cup in 2022. Qatar is set to host the world’s best soccer teams in Doha. It is the first of its kind to be held in the Middle East, hosted between November 21 and December 18 due to the region’s temperature levels (and even so, the stadiums will be air-conditioned). Qatar is preparing to welcome over a million visitors to its eight stadiums. An estimated $200 billion has been spent, making this the most expensive world cup to date.

As Qatar prepares to host one of the world’s most meaningful events, many local market projects will be open to investors and businesses, especially those in construction. Now that trade is possible, it could see UAE businesses playing a crucial supportive role. Multiple sectors stand to benefit, from travel agencies to hospitality, restauranteurs, and logistics. This will spill over into neighboring countries since Qatar is a small nation, and tourists will fly in and out to watch games.

UAE residents have long since been able to book package deals to watch soccer matches. However, the normalization of relations in the region will significantly boost the GCC leading up and tournament. Already, travel between the UAE and Qatar is now possible. With thousands of football fans expected to watch the matches, Qatar will depend on the GCC’s support to host tourists traveling to the region since its hotel space is limited. Tourists usually extend their trip to explore the area during the FIFA World Cup, so more accessible travel between the nations is hugely beneficial.

The resumption of trade relations between Qatar and the Gulf nations will positively affect the economies of the GCC across various sectors. With the upcoming FIFA World Cup, there will be many opportunities and collaborations for businesses to capitalize on. One of the most prominent sectors is expected to see a boost in real estate in the UAE.

Chat with us at Nexa about expanding your business in Qatar and the UAE. 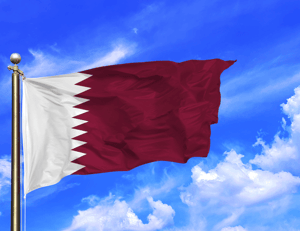 Is there HubSpot in Qatar? 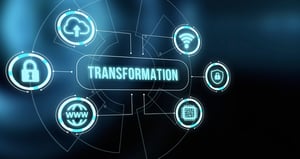 Does HubSpot work in Qatar? 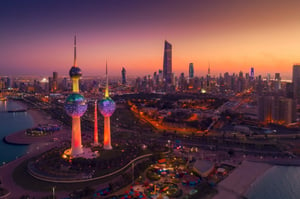 Real Estate Sales: How to target Investors from the UAE,..