Social media has become a place for brands to delight, engage, and sometimes shock their audience. This year, Volkswagen decided to shock their audience with an April Fools prank that was meant to be quirky and provide shareable, viral brand awareness. However, the fallout that came with the “Voltswagen” joke was considerably costly.

Depending on who you speak to, Volkswagen’s prank will either be referred to as the greatest April Fool’s marketing joke of all time or the worst prank in marketing history. Yes, Volkswagen set out to get people talking about their brand - but did they take it too far?

The PR Stunt That Destroyed Brand Trust (But Got People Talking)

We all know that when April Fools day rolls around, the internet will be flooded with stupid stunts, sometimes funny pranks and oftentimes jokes that just fall flat. For example, in 2019 Justin and Hailey Bieber thought it would be a great idea to post a fake pregnancy announcement but were forced to apologize once people made them see that these kinds of jokes are insensitive to couples struggling with infertility issues. April Fools can go one of two ways: either someone laughs, or someone has to apologise. And this year, Volkwagen was hoping for the former.

So, what did Volkwagen do, or not do?

On March 29, USA Today published a report that claimed Volkwagen was changing its name to “Voltswagen” in a press release that was dated April 29, appeared (briefly) on VW of America’s media page.

Media powerhouse USA Today reached out to a Volkswagen spokesperson who declined to comment on the matter. However, the media outlet did speak with a source who claimed that this was not a joke and confirmed that the release was real. USA Today stated that one spokesperson from VW provided “no comment” while another confirmed the news off the record.

And then things escalated. On the Tuesday, Volkswagen took action, changing logos, updating Twitter handles and sending out an actual press release that came complete with comments from the President and CEO of VW, Scott Kogh. The press release confirmed that the name switch would officially happen in May 2021. No one doubted the release as it sounded and appeared to be official and didn’t appear to have any “nudge, nudge, wink, wink” content strewn through it. The world took the bait. Oh, how wrong we all were...

You see, it is important to remember that this information hit the public before April 1st and there is talk that Volkswagen actually mistakenly released the press release before its due date - and essentially made a big mistake that they couldn’t really recover from in time. However, in all honesty, if a brand wants to prank the media, releasing information before April 1st is an ideal tactic. There is speculation that the brand published the story, waited until it was picked up and then pulled the release to make it look like an accident - sending the media into a frenzy and stirring brand buzz. But however all of this actually happened, one thing is for certain - the joke did not land the way it was intended. VWs social media team really missed the mark on this one - and here’s why.

Social media is about building brand trust, engaging with your audience, and developing relationships with them on a more personal level and this kind of stunt wrecked this for VWs audience, Another issue is timing. You see, the world has battled “fake news” for years and the company’s decision to release fake news made them seem tone deaf and somewhat disjointed from reality. Brand betrayal aside - the joke had real life consequences.

It does not end there. It turns out people really did want Volkswagen to change its name to Voltswagen. The joke backfired, though, and the share price dropped when the truth came out.

Once the world was made aware of this social media “joke,” Volkswagen shared an apology (some do not consider this a real apology) on social media and made it sound like the entire episode was just a big joke rather than a massive PR mistake.

One thing is for sure, VW made a massive mistake and had to regain audience trust, but they did get the world talking. There have been plenty of misplaced April Fools jokes throughout the years but never one that damaged media trust to such a severe extent. Basically, VW may have caused the cancellation of April Fools (and the media is probably rejoicing at this cancellation because it has always been a thorn in any journalists side.)

One this is for certain, social media and customer loyalty go hand in hand. It’s the modern medium that helps brands harness emotional engagement when building trust with their consumer base. As we live in the digital age, today's consumers are demanding that brands be more authentic in their engagement, communication and deliverables. And this needs to be integrated into all brand marketing efforts - and this is where VW missed the mark.

Social media continues to evolve at rapid speed, heavily influencing how businesses communicate and engage with their customers. When used correctly, it can positively affect your brand's perceptions and be the driver of generating more revenue.

Whether you're a B2C or B2B business, social media is a radical part of digital marketing. At Nexa, we offer a full range of social media services with a proven track record spanning 15 years, which marked the start of these pivotal platforms.

Book a meeting with us at Nexa - we’re ready to help you elevate your social media marketing, build audience trust and grow your business through authenticity and proven marketing tactics.

Why Social Media is important for Business 5 Questions to Test Your Social Media Agency [Updated for.. 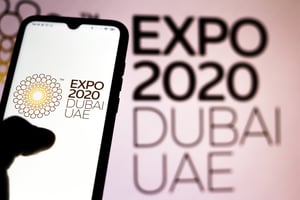