How NFTs are Changing the Music Industry

Non-Fungible Tokens (NFTs) are unique cryptographic tokens that exist on blockchain technology, meaning they cannot be replicated. NFTs represent real-world assets such as art. Tokenizing these assets makes buying, trading and selling them even more efficient all while reducing the possibility of fraud.

NFTs were first associated with digital art however, just about anything can be turned into a powerful NFT from videos and photographs to real estate and music.

Many artists within the music industry have pinpointed the versatility of NFTs and their potential in the industry. Some well known and iconic artists have already started dabbling into the world of NFTs while many marketplaces have begun trading music NFTs while working alongside streaming services.

One of the first music artists to delve into the world of NFTs was EDM artist, 3lau who set a precedent in 2021 when he tokenized his “Ultraviolet” album and released it as a set of 33 NFTs - earning an astounding $11.7 million.

Of course, this made waves across the world and since then, other renowned musicians have taken 3lau’s lead and have dropped their very own NFTs. Some of these artists include bug names like Shawn Mendes, Grimes, The Weeknd and Kings of Leon.

But what drives NFT music purchases?

The answer is: connection. 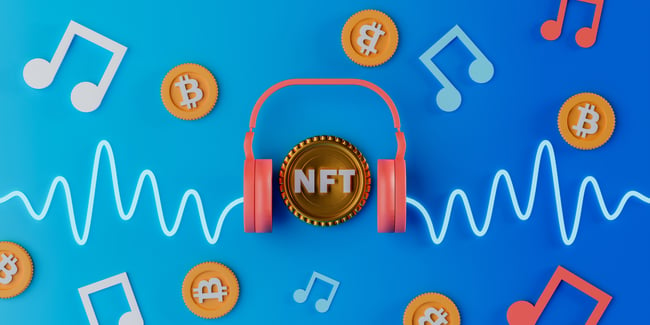 The decentralized nature of blockchains that NFT technology relies on, makes them ideal for fans and artists alike. NFTs represent the opportunity for artists to monetize their music by selling directly to their fans without having to rely on a middleman.

Essentially, artists are able to create NFT songs and sell them directly to fans on the block-chain marketplace. What makes this so compelling for fans is that they are able to own a song by their favorite artist - connecting artist and fan on a deeper level than ever before.

NFTs can also be used to sell tickets to live music events, allowing fans to attend concerts without worrying about losing out on tickets. NFTs also offer a way for musicians to reward and give back to their fans, providing fans with digital assets that give them privileges including early access to albums, events or songs.

With the above in mind, music and NFTs are a natural combination and combining the two allows musicians and fans to grow and benefit - together.

It all started with a rapper based in Miami, Miguel. Years after giving up on his music career, Miguel discovered the world of NFTs.

He eventually started seeing the rise of the NFT project Cryptopunks, and invested into one of his own. People were quickly using these little NFT images of Cryptopunks as their profile pictures all over the internet – it almost became their personal brand. And they were selling for millions.

This gave Miguel an idea. If any digital file could become an NFT, why couldn’t he turn his music into NFTs? So that’s what he did.

He named his NFT “Spottie Wifi” to pay homage to his unique and characterizing feature of a spotted face. And then, over the course of the next 6 months, Miguel worked with his music producer to flesh out the character of Spottie Wifi. They designed his entire body, created his personality and built an entire brand around this NFT. They finally dropped Spottie Wifi’s very first rap album and made 2000 copies of the record, and sold it as an exclusive NFT collection.

They sold each one  to a group of just 700 people – in 1 minute. He made nearly $200,000 in 60 seconds! The secondary market is also powerful as it allows Miguel to make royalties on the secondary sales of his music.

But why is this project so successful?

Miguel's idea goes further than that and its brilliant lies in its exclusivity. Instead of selling normal mp3s, he sold NFT versions of his music so that fans could actually be owners of the song, rather than just having a downloaded copy. And owning this music, meant they also owned the copyrights to it.

All of these things give extra benefits to the owner, and it also gives Miguel’s work exposure – and lets him make royalties on secondary sales of his music.

The above highlights just how powerful music and NFTs can be - and artists and fans are quickly seeing the benefit of this entertainment merger. NFTs are not just for entertainment - they provide missive branding opportunities.

Nexa understands and appreciates the magnitude of this evolution and Web 3.0 offers businesses the opportunity to thrive in the new digital space. We are at the forefront of Web 3.0 commercial opportunities and provide a variety of services for leading brands as they make the transition into the Web 3.0 revolution. The Nexa team has fully immersed itself into the Web 3.0 arena and continues to pave the way for digital transformation in this space.

In the digital world, first-mover advantage is a very real concept and those who embrace this will stand to benefit faster than others - and Nexa is here to give its clients the opportunity to get ahead of their competitors in this new and exciting space.

The Importance of Digital Marketing & Sales Alignment When.. 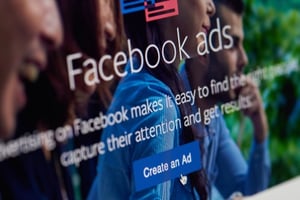 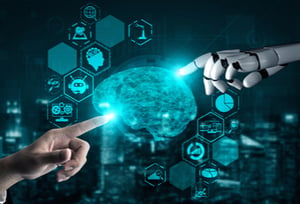 How AI is Transforming Creativity in the Business World?