How Cryptocurrency is Supporting the Ukraine in Fighting Back

Cryptocurrencies are currently being used to raise funds for Ukraine and help refugees across the borders. Cryptocurrencies are now playing a role on both sides of the conflict as cryptocurrency is able to cross borders regardless of regulations, helping Ukrainian refugees move money out of the country while also providing a way for Russian elites to elude economic sanctions.

Right now, the Ukrainian Government is in need of equipment and turned to Twitter for assistance. The government tweeted a universal call for donations in Bitcoin and Ethereum after the invasion and as of March 4th, Ukraine’s bitcoin wallet received over £7.5 million while its Ethereum wallet received £3.2 million.

The difference between these donations and traditional charity fundraising is that these funds were made available to the government within minutes. Traditional crowdfunding efforts usually take time and a lot of effort.

For example, Patreon, an online fundraising platform, ended up blocking an account that was raising funds for Ukraine as the fundraiser was linked to weapons that violate Patreon policies. In order to work with its policies, the group then organized a Patreon page called “Come Back Alive” and later sold an NFT of the Ukrainian flag for almost £5 million.

So, is crypto helping or harming the war efforts?

The Benefits of Donating with Crypto

As stated previously, there are many benefits that have come with crypto donations including;

The Drawbacks of Donating in Crypto

Even though crypto is aiding Ukraine in the war effort, it hasn’t all been smooth sailing. At the beginning of the conflict, the deputy minister of digital transformation wanted to create Ukraine's own cryptocurrency as a gesture for Kyiv’s cause, however, the project was soon cancelled.

However, things got worse as people used the opportunity to market fake versions of the planned government-issued cryptocurrency.

Crypto has become a part of Ukraine’s shadow economy and is also used as a medium of exchange for tax avoidance, online criminal activity and capital flight.

What is Expected in the Ongoing Battle

As per above, there are some risks associated with crypto, however, there is hope...

Ukraine crypto entrepreneur Michael Chibanian has stated, "When we win the war, we will rebuild Ukraine using blockchain technology. All of us were helped by crypto.”

These aspirations are, of course, ambitious, but are based on real-time developments. And recently, President Volodymyr Zelenskyy passed a law providing a legislative framework for crypto platforms and users to operate within the country.

And this does not end in Ukraine. US President Joe Biden has gone on to sign an executive order seeking further clarification and guidance on crypto regulation. This highlights Washington's willingness to contend with an ever-growing and new asset class.

Cryptocurrency's future outlook is still questioned by critics across the world, however, proponents predict unlimited potential. But one this is for certain, there are certain applications where cryptocurrency is a viable solution - and this may be one of them.

What are your thoughts? 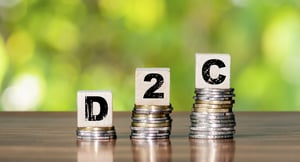 Direct relationships with customers: Is this the future of.. 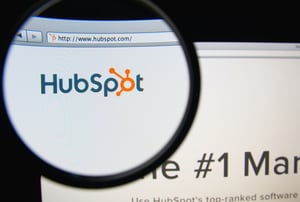 Getting Started with Developing a Website on HubSpot CMS 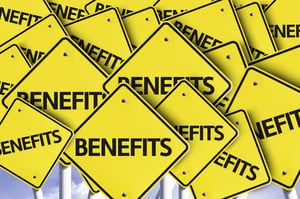