What is the Future of Social Media Influencers?

Influencer marketing has reached a point of maturity, having been a growing phenomenon over the last few years. Naysayers continue their narrative that the influencer bubble is going to pop and on the other hand, reports expect the industry to be worth $10 billion by the end of the year. So, what is the future of social media influencers?

The Future of Social Media Influencers

2020 has introduced a myriad of lifestyle changes to people across the globe. This has affected trends in online marketing and consumer behaviour. The general shift toward increasing sensitivities online and trust issues have affected the way influencer marketing works. Now more than ever, the partnerships that businesses have with influencers need to have matching values that extend beyond a specific campaign.

People are still naturally inclined to use word of mouth and a longing to fit in as a means of making purchasing decisions, so the influencer remains relevant. Once they have secured the trust of their audience, they can be very successful in their ability to influence the purchasing decisions of their social media followers. With more and more of life moving online, social media is key to reaching audiences - and influencers open the door to many opportunities for your business in terms of their ability to create awareness, draw traffic and drive sales.

The relationships between influencers and businesses is changing. Businesses are opting for long term partnerships with people that are less transactional. This means there will be less gifting in favour of affiliate marketing and commission rates. This secures the investment made and requires there to be a ROI. This will move these relationships to brand ambassador figures, who a company hires on a contractual basis to help them reach specific goals. This change has been inspired by changes to metrics on social media, such as the removal of the number of likes, a vanity metric that is no longer used to justify the value of an influencer. Now, influencers are being held accountable to trackable metrics that result in actual leads and conversions.

In its early days, Instagram influencers dominated the industry. The platform wasn’t geared towards businesses, so it made sense to work with people who could incorporate and share content on behalf of a business and tag or mention them. However, Instagram is changing with the introduction of Instagram Shopping. The platform prefers advertising from businesses as it generates more revenue that way, and now with shoppable posts, the need to work with influencers will likely come into question for many brands.

In addition to this, there has been a boom in influencers across other social media platforms, most notably on TikTok and Snapchat. On TikTok, businesses are incorporating interactive partnerships that have a high potential to go viral, while Snapchat as a more established platform has consistently helped influencers reach target audiences with cleverly crafted content.  It's also worth mentioning YouTube as a part of this mix.  YouTube, being the second most popular search engine has several influencers who mention products in their videos as an effective way of influencing their audience.

Many Influencers are now being referred to as creators.  This is evident on TikTok, Snapchat and Instagram. The future sees a change in the kinds of influential people that brands choose to work with. This will include a decrease in celebrity influencers, who often simply promote and rely on their reach rather than engagement at a high cost. Instead, micro-influencers will be the way forward, as engagement and trust is highly valued.

Over and above this, customers are becoming influencers of sorts, as the caliber of content posted has increased, allowing for brands to share user generated content, which is highly favoured by audiences, coming in at no cost at all. Finally, employees are becoming influential too, as they can be seen as insider representatives of a brand who share its values. This is most prevalent on the social media platform LinkedIn.

Social media provides a plethora of ways to share content. Smartphones are well equipped to create multimedia content, but it is the quality and creativity thereof that separate the amateurs from the creators. In line with online marketing trends for 2020, video content is most popular and brings in the highest levels of engagement.

It is therefore important for influencers to master videos, both in pre-shot and edited form and social media live streams. An important aspect that needs to be included here is the ability to effectively tell stories, as people want to see how the product or service being promoted fits into the influencer’s lifestyle - there needs to be relational context rather than straightforward marketing.

Influencer marketing is still an effective form of marketing and one that businesses will continue to employ to market their offerings. The industry will continue to evolve based on the relationships, platforms, types and content. This will develop in a way that aligns with the future of not only social media, but the lifestyle and behaviours of the global society as a whole.

Are you ready to implement an Influencer Marketing Strategy?

Book a session with us at Nexa. We’ve worked with some of the best influencers in the Middle East who can improve your brand awareness, accelerate your conversions and increase your sales.

Issue 10 - The Resurgence of Websites 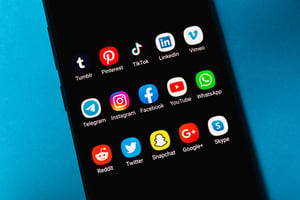 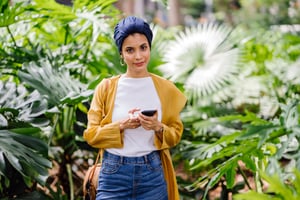 Should I create an Arabic Social Media Lead Generation..