What Sets Clubhouse Apart From Other Social Media Apps

There's a new social media app causing a stir. If you haven't heard, it's probably because nobody's invited you yet, and that's the only way to get in at the moment. Invites to this exclusive network are few and far between. Still, with Clubhouse planning on letting users from the waiting list, we're sharing insight into what sets this app apart from the rest...and why it's going to disrupt the social media landscape as we know it in 2021.

The Basics of Clubhouse

Just in case you need context, Clubhouse is a new social media app. Its 600k members have joined using limited invites from other members. It only supports audio content in chat rooms, which are spaces for topical discussions in real-time. People can create private or public rooms, and the members or followers can step in to listen or contribute to the conversation.

It Taps Into the Desire for Exclusivity … with Accompanying FOMO

This is the most obvious point of the lot, so we'll tackle it first. Marketers know all too well that the concept of exclusivity works. The fear of missing out (FOMO) is a real force and driver among audiences. Social media networks are flooded and open to all. Clubhouse's model has people on waiting lists, eager to join in on the conversations. It builds anticipation and gives the app an air of exclusivity before it's ever experienced.

The FOMO is also triggered by the chat rooms' ephemeral nature, which cannot be recorded - only listened to live. That being said, the app is in the process of opening up to the waiting lists of others who are keen to join, as the potential for these conversations to do good if held only by the elite will be limited, to say the least.

It's all About the Voice

If we think of all of the other predominant social media apps, we can see that audio forms only part of the experience. GEnerally, audio is left to voice notes on messaging apps, calls, podcasting, and as something to accompany videos, though in many cases, these are watched without any sound at all. There's been a clear gap in the market for a voice-based platform.

There is a reason podcasting took off a few years ago and had been sailing smoothly ever since. With Clubhouse, people can do more than just tuning in to listen - they have the opportunity to be put up on stage and actively engage as well. Merely listening to voices takes away from visual distractions and provides you with a more intimate experience.

In a world filled with fake news, increased isolation, and ongoing polarisation, the need to communicate with others and to have open conversations with others is more necessary than ever. This is set to be the platform that creates those spaces.

A State of Exacerbated Evolution

In the world's least favorite yet most accurate word to describe the last few months of life as we know it has been unprecedented. While the only thing sure is change, changes have been drastic and sped up in many regards. This includes the wants and needs of people and thus the design and function of apps as well.

With a small team at the helm, Clubhouse is still developing its policies and testing its security measures. The platform has guidelines for users to follow and stand against online abuse and hate speech, though some have called for further restrictions. The app protects its members by having the conversations occur in real-time, without being recorded or transcribed.

Conversations had on Clubhouse cannot be recorded, though the app is still being refined, as Kevin Hart came to learn when a heated discussion he had was leaked online. This points to something needed in society, though - safe spaces online for meaningful talks. Could Clubhouse be the app we never knew we needed?

Clubhouse is set to become a new way to connect with others. It provides a unique platform for networking since you can virtually get yourself in the same room as people you would otherwise not have had the opportunity to. Whether it's for work or pleasure, you can connect with strangers who are interested in similar topics. Alternatively, these rooms can be spaces for you to converse with friends and family.

There are hundreds of apps developed and submitted to app stores made every day. Few can tap into the needs of society and cause waves of social media revitalization. Clubhouse is doing just that in 2021, and it reaches far beyond its current state of exclusivity. It appeals to a dire need for a new way to communicate healthily. 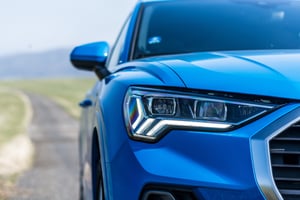 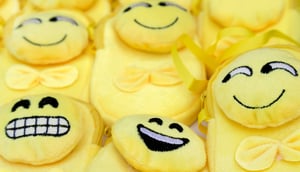 Social Media Marketing in Abu Dhabi - Does it Differ from..

My First Impression of Clubhouse: The Latest Social Media..