Murmurs about the death of Instagram have been circulating for the last couple of years. Let’s delve into the truth behind this, analyzing where the social media platform stands at present and where it's headed. We’ll take into account all of the alternatives, perceptions, and engagement figures into account so that you can prepare and strategize accordingly.

Instagram has been one of the most popular social media networking apps on the market, and it still ranks in the top 5. That said, so has Facebook, and the death of Facebook in a general sense has been discussed at length before. We’re familiar with apps dying off, dating back to the likes of MySpace and Tumblr (although that aesthetic is making its way back into fashion). It’s a tale as old as the famous “video killed the radio star.” In this case, video is killing the photo star.

In 2018, Instagram reached 1 billion users, as reported by The Verge. The majority of this traction has been attributed to Story content. According to a US survey conducted by Piper Sandler, 22% of teenagers named Instagram their third favorite social media app following Snapchat and TikTok.

The majority of the content remains photos, followed by carousels (which are the best way to increase organic reach) and then videos (with how-to videos being the most popular form). According to worldwide Instagram statistics, people spend 11 hours on Instagram per month, which has increased by 1 hour compared to the year prior. It is worth noting, however, that this is still less than the average time spent on Facebook and TikTok.

Instagram has been trying to maintain its influence with this youthful audience, and even produced its first Instagram Trend Report for 2022, with insights from a group of 1200 weekly Gen Z users in the US. The app explained:

“In order to create this report*, we tapped into the minds of Gen-Z to learn more about the rising Instagram trends across categories including music, fashion, creators and celebs, beauty, social justice, and so much more. From redefining how they approach education and the idea of a “career,” to maximalist fashion statements, these future-focused audiences are consistently creating the reality they want to live in.”

The overall report also shows how creators have risen to achieve celebrity status.

While we’re feeling nostalgic, let’s reminisce about what Instagram - or IG - used to be. It was a place where we’d share curated photographs. A photo needed to be ‘worthy’ of being posted to the ‘Gram, and this gave rise to influencers who were able to build careers using the platform. Even today, there is no major alternative platform for sharing photography. However, this also gave rise to society adopting a performative culture of everyday life.

As the app updated over the years, a lot has changed. For one, there has been a shift away from the perfect imagery to what people are calling ‘casual Instagram.’ People are posting carousels of ‘photo dumps,’ that are meant to be imperfect images. That being said, people are curating those too - it isn’t simply a case of snap and share, and people know that. In fact, people have become accustomed to the fact Instagram pages are essentially the highlight reels and that many images are photoshopped or staged. This has led to a decline in believability in the authenticity showcased on the app.

Changes to the app are not only influenced by a new wave of a younger generation using the app, though. Instead, the app itself has changed. Since becoming more business-friendly, Instagram has now made ads more targeted and social shopping one of its core features - much to the disdain of users. While the concept is related to making the shopping experience simplified, the idea of constant shoppability has become problematic.

What’s more, the algorithms have changed numerous times. The chronological flow of posts was a once loved feature that then disappeared, with posts you’d likely want to see is shown instead. With the updates expected this year, people will be able to choose how they want to view content. You can mute people so you don’t see their content without unfollowing them, and you’ll soon be able to set your feed to only show your close contacts, too. This means the influencer bubble is shrinking as it’ll be that much easier for their content to go unnoticed.

That said, at the moment, you can find yourself seeing content from people you don’t follow popping up in your feed organically in an unwelcome move by the app. Even when viewing the type of content you’d like in your Explore tab, people have noticed that the algorithm doesn’t work as well as others like TikTok or Spotify. This means you’re sifting through irrelevant content which makes using the app tedious.

Speaking of engagement, that has been another reason why people feel the app is dying. Engagement rates have reportedly continued to decline for a number of reasons which makes growth that much harder to achieve. With a highly saturated market of content and everything having the same look, the app simply becomes boring. It is becoming more difficult to reach people, and the ways of reaching people in a meaningful way are changing.

With less time on their hands, and in fact more consciousness of the value of time, people are opting to use social media for entertainment purposes. That is part of the reason why TikTok has become so big. Instagram lacks that and inherently focuses on aspirational content. It is also a space that welcomes a range of content (succeeding with a variety of interests), whereas TikTok requires you to hone in on a niche per account.

Let’s also discuss the fact that Instagram has become a confusing place to navigate. Why? Because there are so many features. See, Instagram has a wide range of features to capture the market - you can even make video calls on the app now. Introducing Story content, an idea stolen from Snapchat, was a highly successful move. The same cannot be said about the move towards video content, though. IGTV failed to take off, and Reels, modeled on the TikTok experience, have not been a popular move either. Reels do not produce the same experience, and often feature the same content seen on TikTok.

The Head of Instagram also announced that the app will be moving further away from photos and more into the video space, further signaling its downfall as this is not where people want to be consuming that type of content. Instagram explained:

“We’re no longer just a square photo-sharing app. At Instagram we’re always trying to build new features that help you get the most out of your experience. Right now we’re focused on four key areas: Creators, Video, Shopping and Messaging.”

Instead of visiting the app to feel inspired, people are feeling depressed and anxious. The effects of social media, in general, have been publicized in documentaries such as The Social Dilemma, where the issues of privacy and addiction have come into play. In addition, these apps have been designed with gambling tactics in hand, which also means that each notification gives you validation and produces a hit of dopamine. This led to a wave of dopamine detox challenges that saw people putting their phones away. It's not all negative though, and of course, there are various positive elements of social media usage, however, the shift is more evident than ever and needs to be taken into account when analyzing the perceptions of the app and its future.

In fact, the usage of apps like Instagram are changing. While it is more familiar and the engagement is more reliable than a platform like TikTok, the shift in generations is an important element of how the app is being perceived and used. For millennials, this has been a staple for a decade, but posting selfies is getting old. Another question is, do people really care? It is still a space where connections occur, but these connections are never-ending, and that in itself poses issues for users by reinstating the idea that there is always something better out there.

Well, we can learn a lot about a society by studying their habits and behaviors. This extends deeper than which platforms marketers need to be using to reach their target audience. In fact, that is part of the bigger issue - people have become cognizant of the following:

So, what does this means for brands and social media marketing? 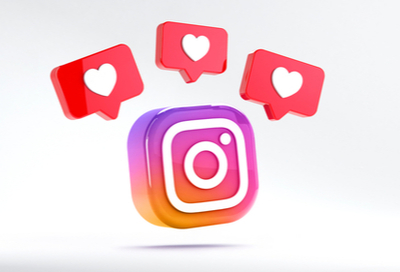 For brands to garner sufficient reach, advertising will be required. There are various ways to increase engagement, which will include scheduling content that is savable and shareable for your audience. Creating a wide range of content is also recommended, so be sure to include Story content and Lives in your social media plans. When it comes to the way you’re creating content, be sure that it is high quality, relatable, and not over-edited.

So, is Instagram dead? No, but based on the analysis above, it is fair to say that it is dying. It is still possible to be successful on the app by marketing and selling your products, but it is important to note the shifts among the audience on the app and to cater to this. It is also important to spread your brand across other platforms too. With the news that Google has been overtaken as the most popular site, perhaps it's time to place TikTok at the top of your social media strategies.

We’d love to hear your thoughts.

If you need help with your Instagram reach and engagement, reach out to us at Nexa. We’re a Dubai-based digital marketing agency with award-winning social media strategies under our belt. 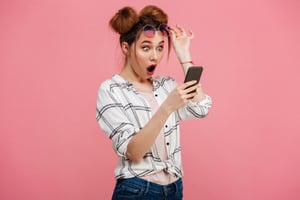 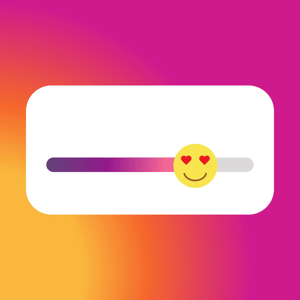 How to Use Instagram Stories to Build Your Audience