What is a Web3 Artist?

Throughout history, artists have had a tough time dealing with middlemen and corporations profiting from their talent and hard work. Now, the decentralised world of Web3, is offering artists an alternative and putting their hard work back into their hands.

Web3 refers to the new iteration of the World Wide Web which incorporates concepts such as decentralisation, blockchain technologies, and token-based economics. And NFTs are a part of the Web3 landscape.

Non-Fungible-Tokens, or NFTs, are unique cryptographic tokens that exist on a blockchain and cannot be duplicated or replicated. Essentially, these tokens represent real word assets that can be bought, sold and traded while reducing the possibility of fraud.

NFTs offer an incredible opportunity for artists across the globe. Thanks to this innovative technology, artists are able to create and release work as NFTs and are able to fully control how and where their work is used while setting their own payment terms - cutting out the middleman.

NFTs attract a variety of artists, from digital creators to painters, sculptors and musicians - the oddballs and innovators. Many of these artists have taken their talents and craft to the next level in the Web3 space - a space that offers freedom and allows them to create what they want without fear of corporations forcing them to stick to the status quo. 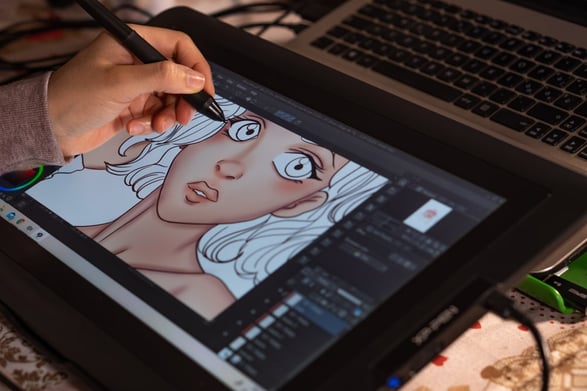 What is an NFT?

To put it as simply as possible, a Non-Fungible Token (NFT) is a one-of-a-kind asset that exists solely online and is managed in a digital ledger. This digital equity has its own value, and comes with a certificate of authenticity. Even though the asset lives in an online space, it cannot be duplicated because it is found on a decentralised online platform and is housed in advanced blockchain technology. Blockchain technology means that the asset cannot be modified, ensuring it has legitimate value. These assets can be sold and bought digitally, usually with cryptocurrency as they are usually encoded with the same or similar software as cryptocurrency.

What makes NFTs so sought after is that they are either one-of-a-kind assets or assets that have a very limited run and it is the digital scarcity that makes them so popular among collectors.

This exclusivity stands in contrast to most online content, which is always in infinite and easy supply. So, like most assets, limiting the supply of the asset immediately increases the value it holds.

But, when was the first NFT introduced and how have Web3 artists grown in the space since then?

The Birth of NFTs

NFTs made their first debut in 2012 in the form of Colored Coins that were designed for issuance on Bitcoin (since Ethereum hadn’t  been created at this point.)

Colored Coins are made of small denominations of Bitcoin and can be as small as a satoshi - the smallest unit of a Bitcoin. Colored Coins were designed to represent a variety of assets and have multiple uses including property, coupons and subscriptions.

The limitations of Bitcoin meant that the Coloured Coins concept could never be realised, however, it did lay the foundation for the experiments that led to the invention of NFTs.

Colored Coins led the way in NFT ideation however, they were not the first NFT as we know them today. The first NFT created by an artist was minted on May 03 2014, by digital artist Kevin McCoy and Anil Dash. This NFT was called Quantum and is a digital image of a pixelated octagon that hypnotically changes colour and pulsates in a manner reminiscent of an octopus. The clip was minted on the Namecoin blockchain and was sold to Dash for a mere $4.

After this, various iterations and experimentations around NFTs occurred, with Spells of Genesis pioneering and issuing in-game assets as NFTs.

John Watkinson and Matt Hall, renowned creators of Larva Labs, created unique characters that they generated on the Ethereum blockchain. What is important about this is that no two of these characters would be the same and they would be limited to 10 000.

Soon after the Cryptopunks project, CryptoKitties was created by Vancouver based company Axiom Zen, hit the ground running making use of ERC721. This project is a blockchain based virtual game that allows players to adopt, breed and trade virtual cats. 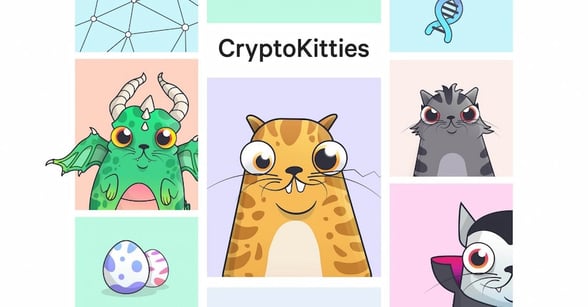 The Rise of Web3 Artists

Artists soon began to notice massive potential in the Web3 and NFT landscape after these projects were launched.

The potential lies in the fact that NFTs allow artists to register their own work on a blockchain, which allows them to create a unique digital asset which provides access to new revenue streams. With this in mind, artists are finally able to register digital art and files as unique and are able to control their own success without the use of a middleman.

Below, we take a look at how Web3 and NFTs have empowered artists and provide a space for greater artistic success.

The Benefits of Web3 and NFTs for Artists

Thanks to Web3, artists are finally being empowered! They are now able to create art and find audiences through the internet without having to go through galleries or studios. The Web3 space has decentralised the way artists are able to monetise their work and it's hugely liberating. By creating NFT art and using NFT drops, the modern artist can take control of their work and help create new revenue streams - revenue streams all their own.

NFTs and the Web3 space offers artists a new way of doing business - breaking away from the old model. And in this new model - no one is the artist's boss. Instead, they are now able to monetize their work in a new and exciting way.

With cryptocurrency and NFTs, today's modern artists will be able to take control of their sales by creating tokens they are able to sell directly to consumers - allowing them to build relationships with customers more directly than ever before - which brings us to our next point.

Building a reputation in the art community is difficult - especially since artists have traditionally had to partner with PR agencies, galleries and studios in order to get seen and viewed. Thanks to Web3 and NFTs, artists are able to showcase their work without having to worry about anyone copying them or stealing their concept.

The blockchain technology behind an NFT allows artists full ownership of their artwork - giving it value and making it easier for potential buyers to find and buy from them.  Artists are also able to use NFTs as a way to build up their audience. Some platforms allow like-minded users to share their art interests with others on the platform. This is a great way for artists just beginning in the industry—or those looking for new avenues—to connect with fans and potential buyers who might not have seen their work otherwise.

NFTs are an ideal way for artists to elevate their craft and increase the value of their art.

As these assets are recorded on a blockchain, NFTs are virtually impossible to counterfeit, making it easier to track, authenticate and price works of art.

This gives artists more opportunities to sell their work and receive the compensation they deserve. It also provides more accurate pricing information than previously available with traditional methods.

These are just 4 reasons why web3 artists are on the rise - but to put it as simply as possible, INFTs offer a more sustainable business model for artists who want to monetise their work flexibly and on their own terms.

Before we wrap up, let’s take a look at some of the most successful Web3 artists and their work, to show the magnitude of Web3 art and the level of success that comes with it. 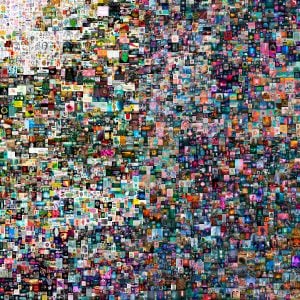 Everyday’s, by artist Beeple, is the most famous NFT sale to date. The artwork was sold for $69.3 million. The sale of this artwork launched a snowball effect throughout mainstream media and made NFTs a household name across the world. 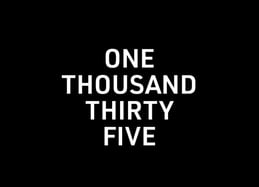 In February 2022 , Assange and Pak’s Clock NFT became the second most expensive NFT ever sold. The NFT depicts a timer that counts the number of days that Assnage spent in prison and was curated as part of Pak and Assange;s censored collection of artwork. What makes Assange so interesting as that they have remained anonymous - showing art from the people for the people. 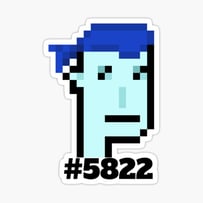 As stated previously, CryptoPunks was one of the first NFT projects of its kind which adds to its value. It is also important to note that only 10,000 CryptoPunks will ever exist which creates scarcity among collectors. .#5822 is the most expensive CryptoPunk ever sold. The alien looking punk sold for $23 million in February of 2022 and was more than double the cost of the next highest grossing CyberPunk.

Dmitri Cherniak’s Ringers was one of the first NFT projects to launch in 2021 and is one of the most popular Art Blocks Curated collections in the NFT space. Hailed for its complexities as a piece of generative art, #109, sold for more than $7 million in October 2021, further solidifying the importance of the Art Blocks project. 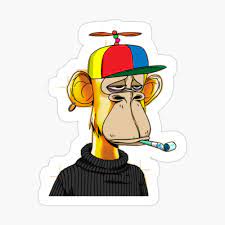 The most expensive Bored Ape Yacht Club NFT ever sold is Bored Ape #8817 in terms of dollar value, it's sold for an incredible $3.41 Million (819 ETH) through the high-end NFT exclusive auction house Sotheby's Metaverse.

Art-as-tokens opens up new avenues for artists to earn a living from their art. Web3 and NFTs have created a new incentive for buyers to purchase digital art because the owner could actually demonstrate that the art belonged to them.

Now that that incentive exists, more artists are able to generate sales. Artists retain more profit from these sales, too, which attracts creatives who can’t afford to make art within the established system.

We look forward to watching the rise of the Web3 artist, watch this space.

Interested in identifying opportunities for your business in the world of Web3 and NFTs? Fill in the form below.

Nexa is at the forefront of Web 3.0 commercial opportunities providing a range of services for leading brands as they transition into the Web 3.0 arena. 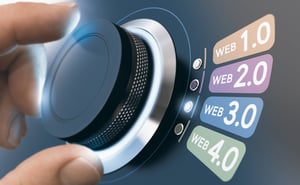 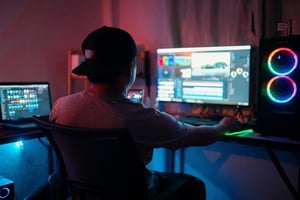 The Creator Economy and the Rise of Web3 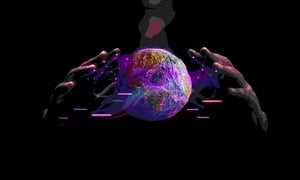 The Disadvantages of Web3